Experiment with water! Does the growth of plants change depending on the type of water ? 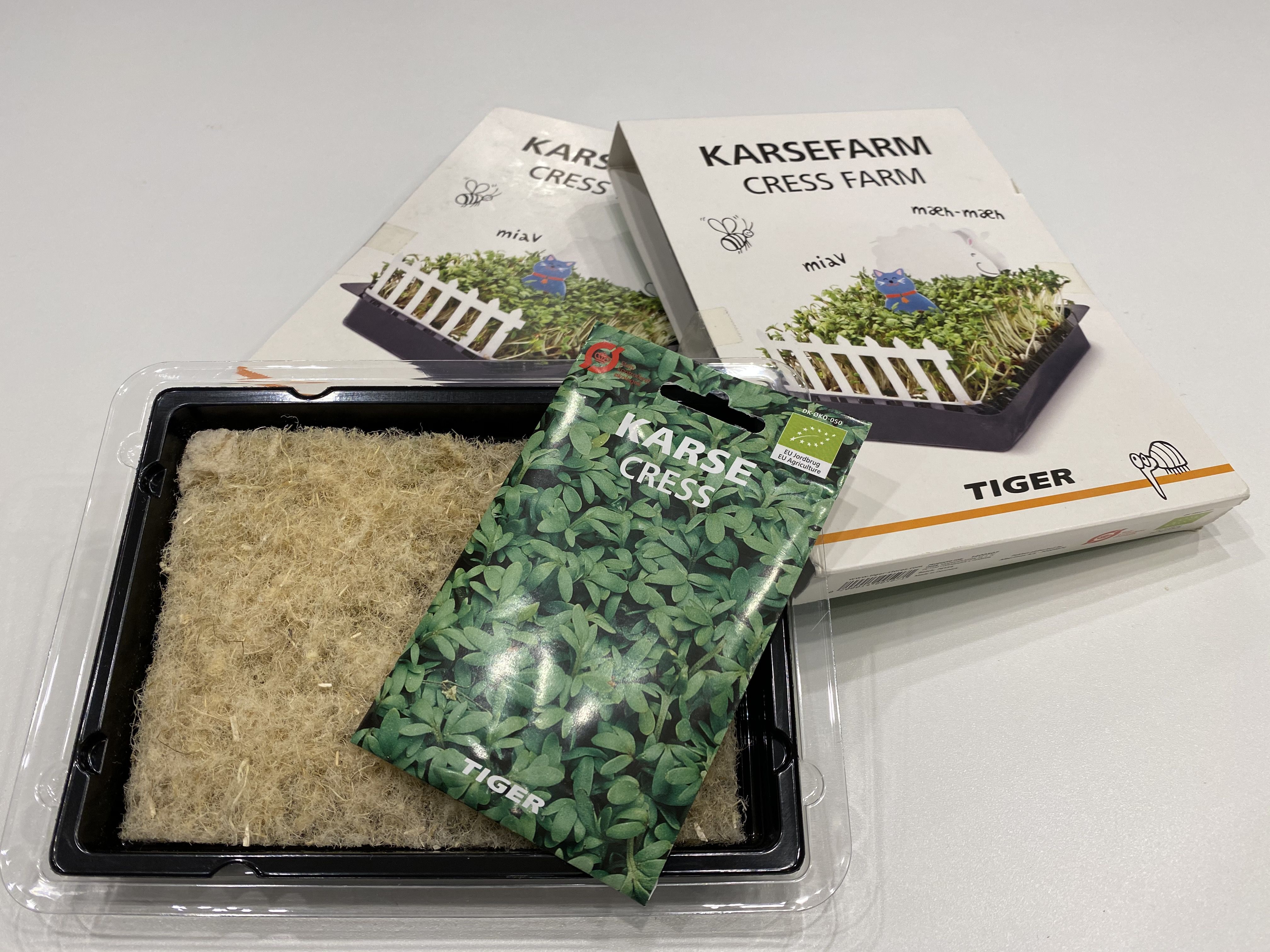 It seems to die when using boiling water for plants. If plants are affected, will it actually affect us who drink water every day? I was very interested and tried it!

Currently we live in a country called Cyprus. I purchased organic watercress cultivation kits at a home center in Cyprus. This is just a matter of seeding cotton and watering like Kaiware, so I thought it was just right for the experiment.

Put the attached cotton on the tray of the watercress cultivation kit, and pour three kinds of water each so that the cotton can be wet. 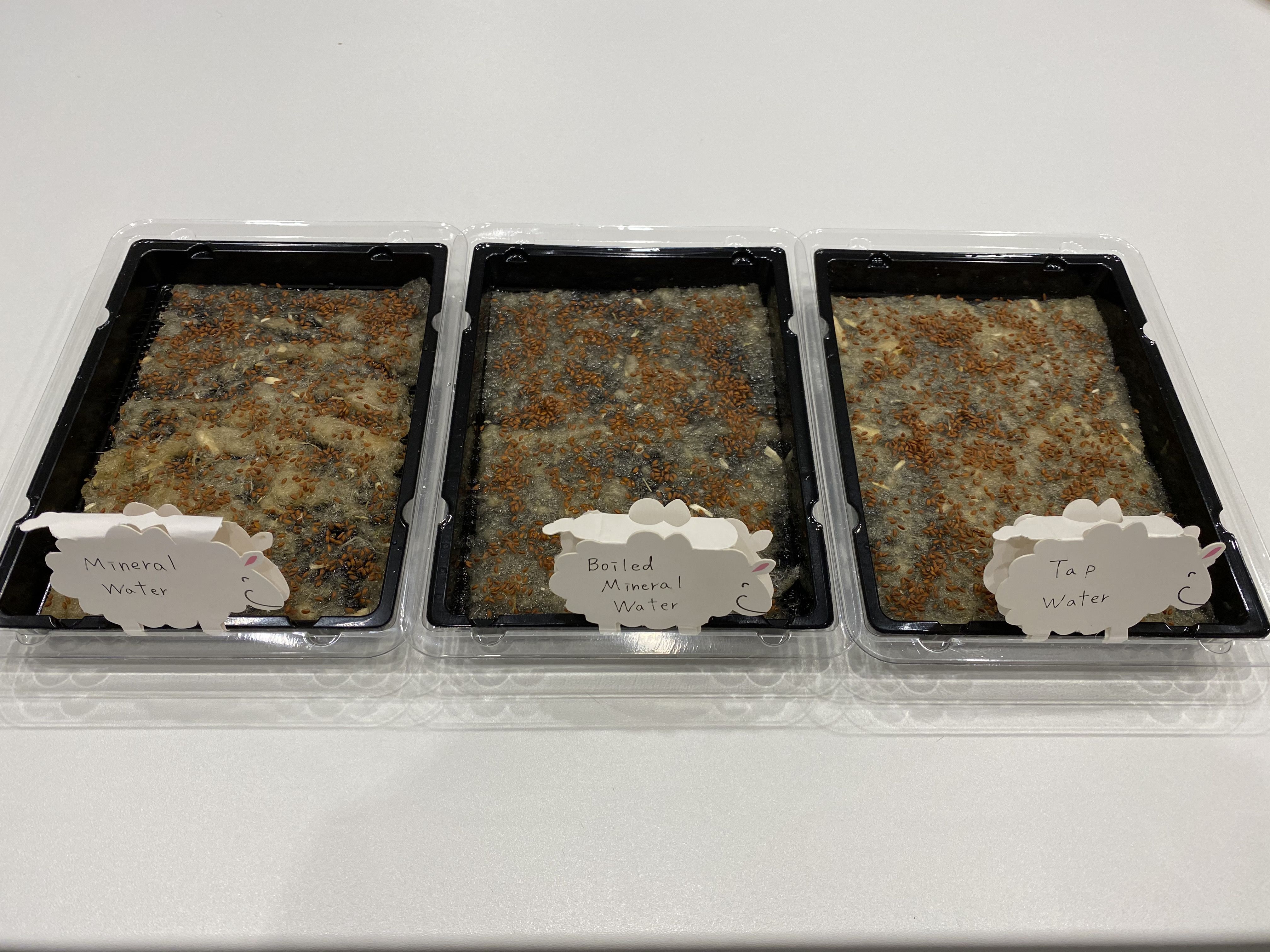 The seeds are sucking water and getting round. If you look closely, there are a few seeds that are emerging.

There is no change according to the type of water yet. 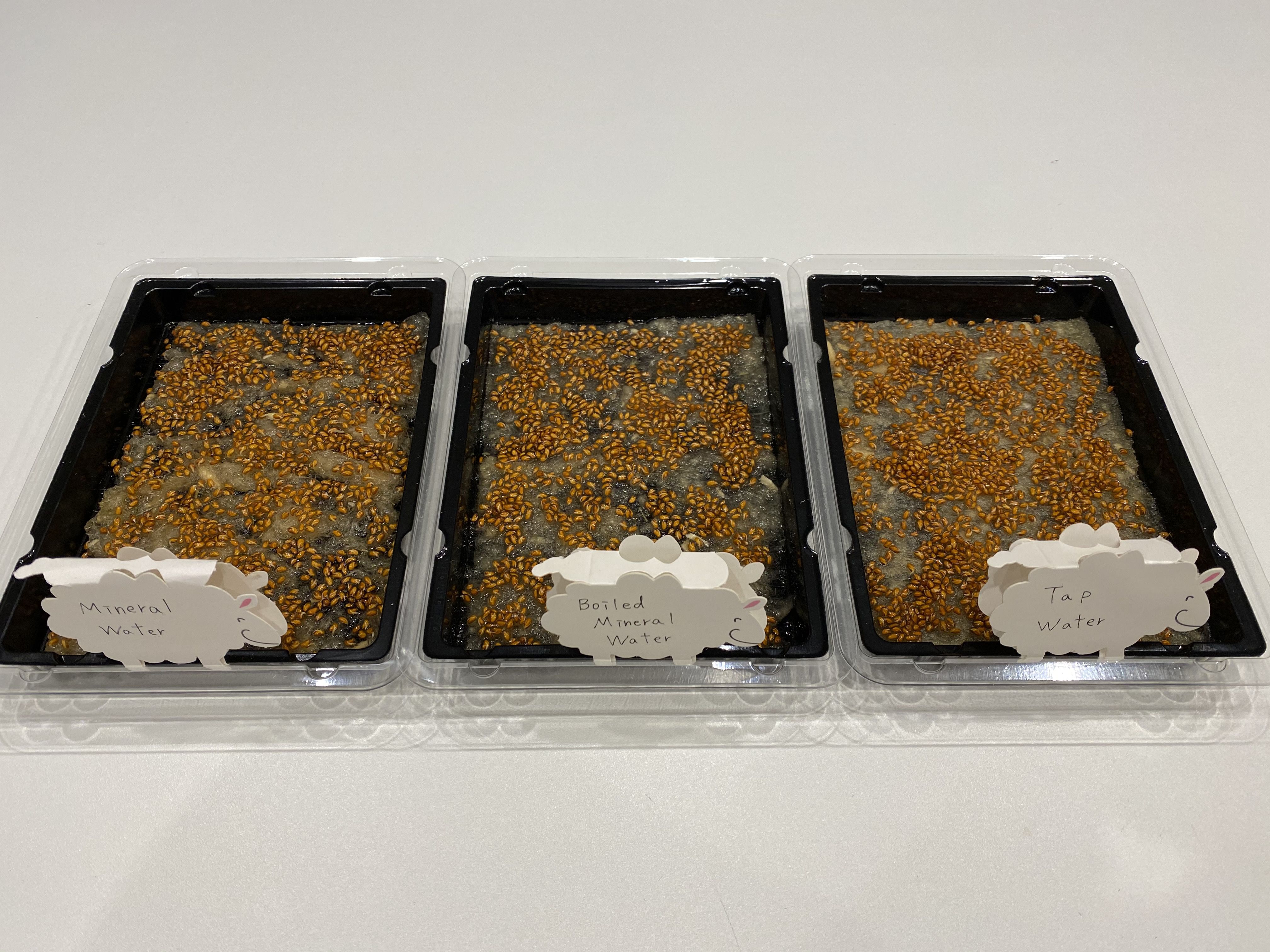 On the third day, the buds were growing firmly! If you look closely, some buds is trying to take root to cotton.

There is no change according to the type of water yet. 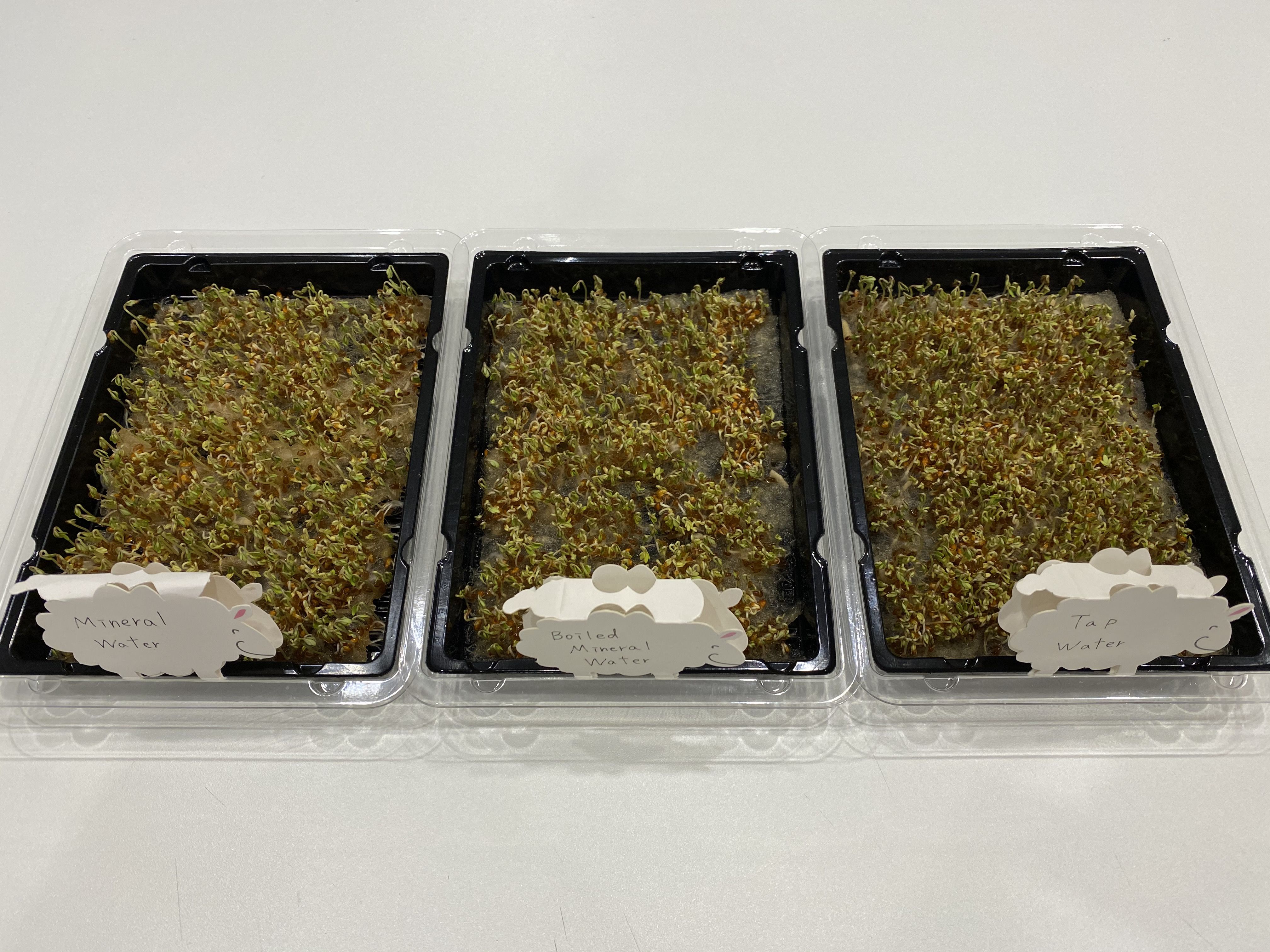 The buds are growing upwards.

Although it is a bit difficult to understand in the picture, the growth of tap water buds is even, and mineral water and boiled mineral water have begun to vary in bud appearance. In addition, I gave the same amount of water at the same time every day, but around this day, the suction of boiling tap water became worse. 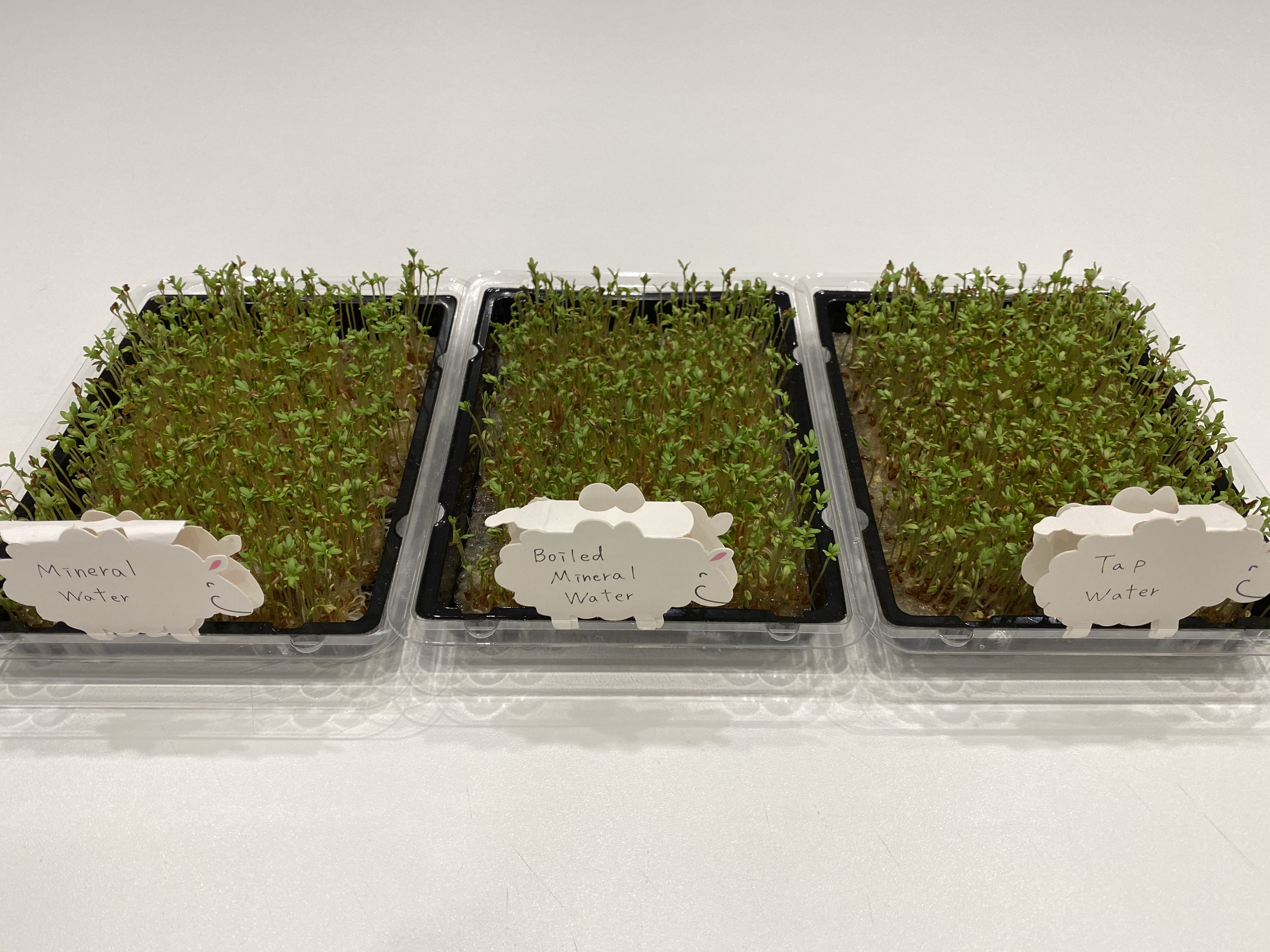 Tap water has the highest density of buds, and it seems that it grows quickly. 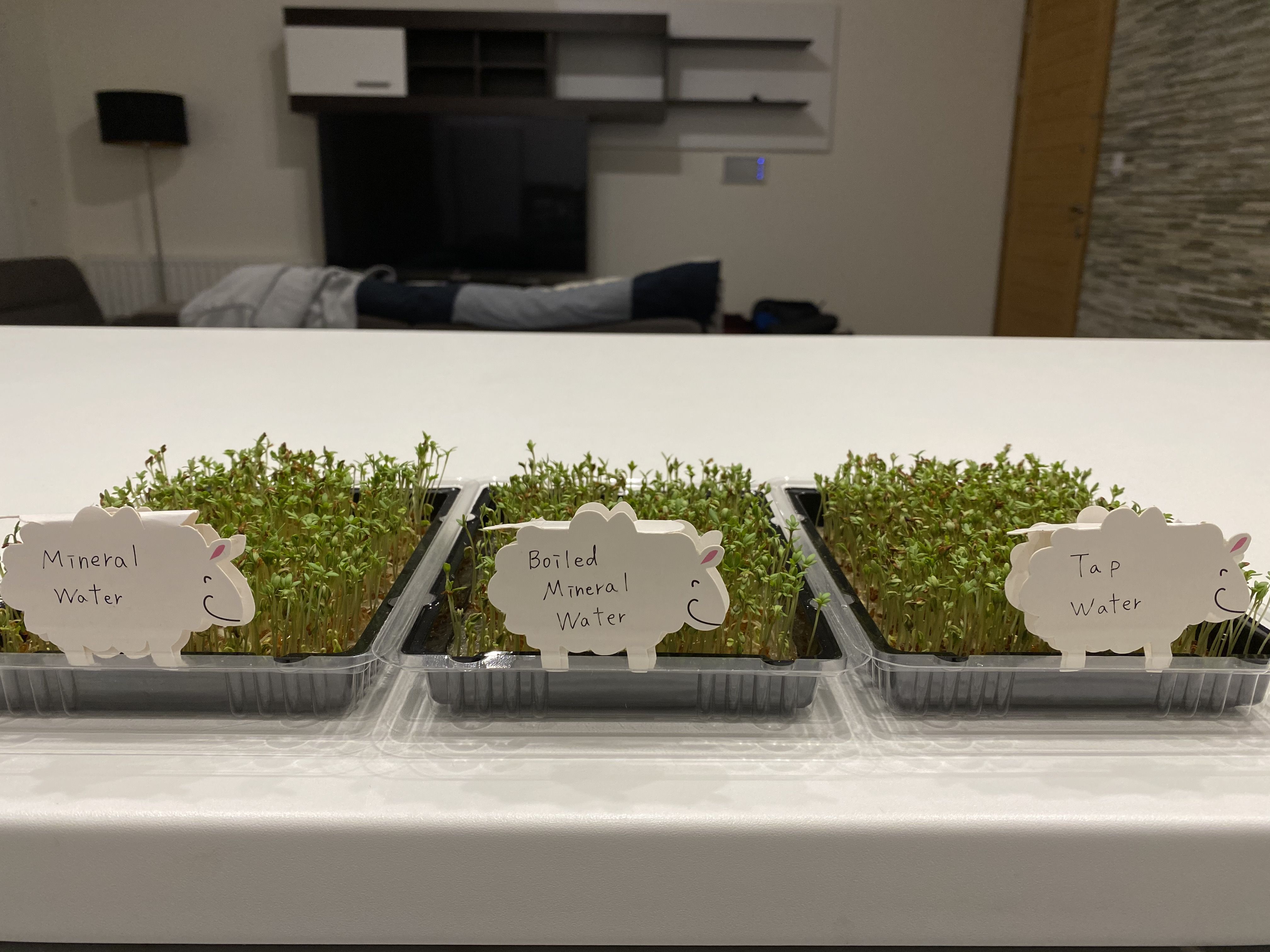 Until now, the buds were growing straight, but the mineral water has begun to deflect a little to the side.

At this point, we can clearly see that the tap water is growing the most. And I found black spots like mold on the boiled mineral water cotton! 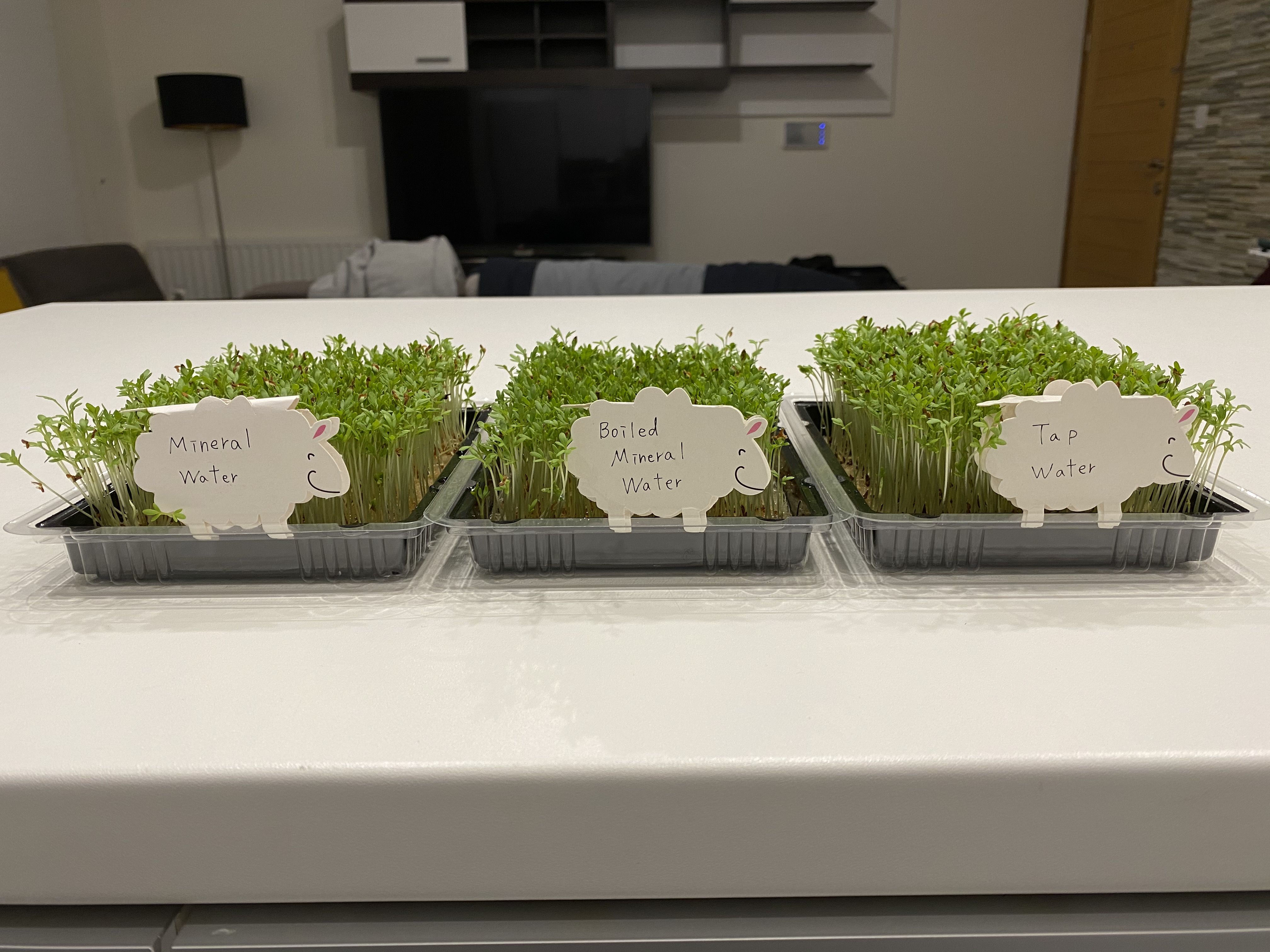 Due to the weight, there is a variation in the direction in which the buds grow overall. 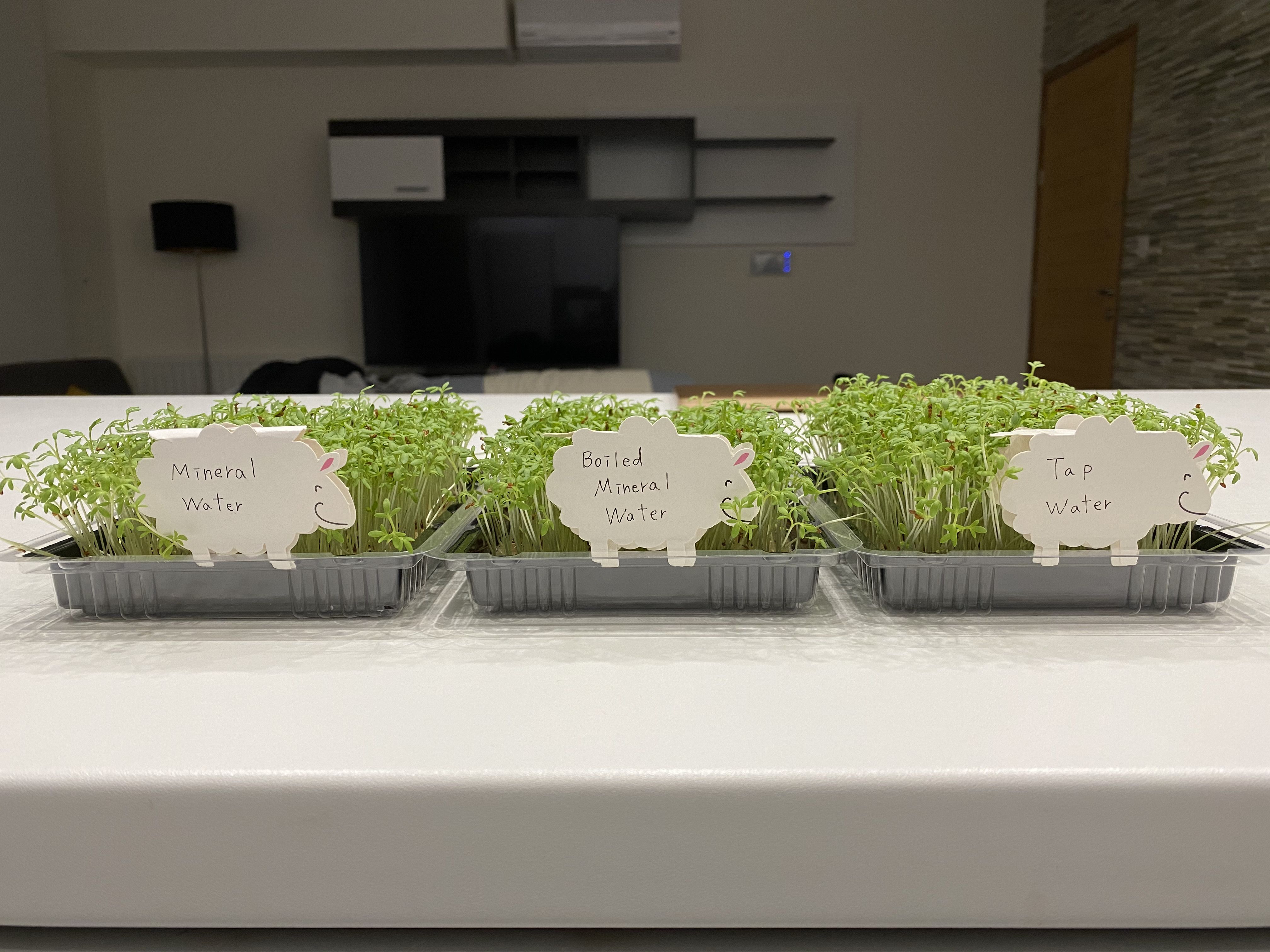 It was growing steadily, but on this day, watercress of tap waters also began to grow mold, so I ended the experiment on this day. 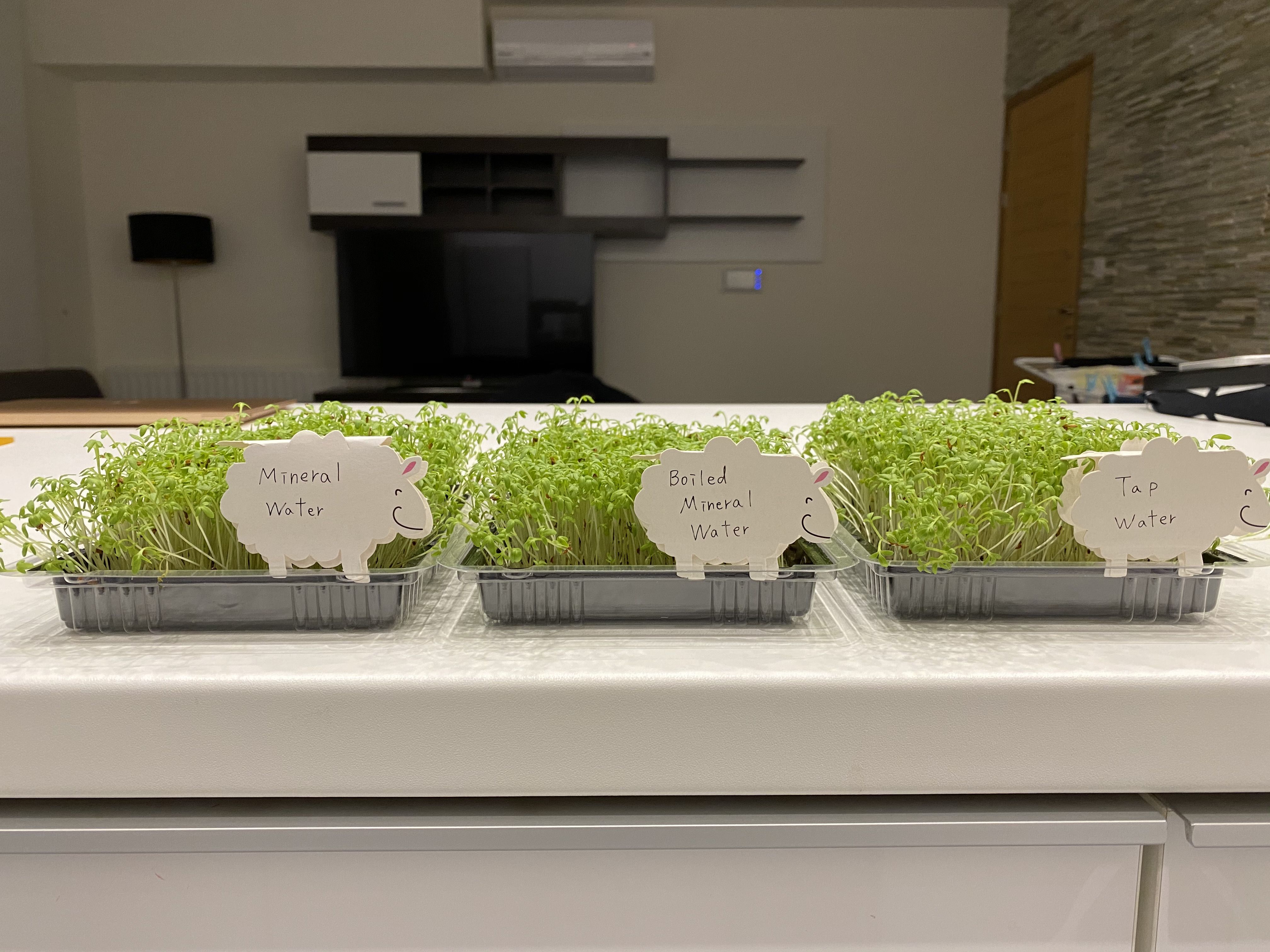 It was hard to see the mold growth from above, so I shot the back of the cotton.

As you can see at a glance, the amount of mold in the boiled mineral water is by far the largest, followed by mineral water and tap water.

In addition, the bud growth was the worst in boiled mineral water and the best in tap water.

Of course, the quality of tap water and mineral water varies from country to country, so the result may change if the country changes, but it turns out that the water lost in minerals due to boiling is not good for plants.

Mineral water also uses chemicals in the plastic bottle itself to prevent decay, which may have also hindered plant growth.

Looking at these results alone, I felt that tap water might be better for drinking. In fact, in Japan, removing chlorine and other chemical residues using a water purifier is said to be much safer and more delicious than the mineral water we sell, and I think so.

This time we couldn't do it because we didn't have enough watercress cultivation kit, but next time I would like to experiment with boiled tap water and purified tap water if there is a chance!